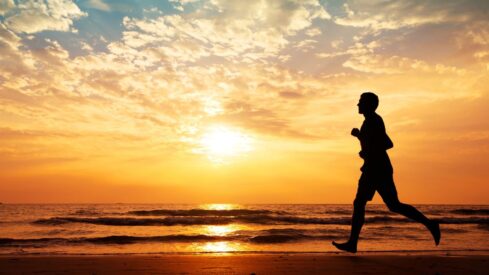 Is it a small thing that you go out of your home shaking both your hands, walking with steady steps, filling up your chest with early morning breath, and enjoying the sunshine in your eyes? If you are heedless to the healthiness of your body, the integrity of your organs, and the perfection of your faculties… wake up quickly.

Your capital in this life is not the gold and silver you have. Your true capital, your real wealth, is the faculties that God has given you, such as intellect, ability, freedom, and the highest of these gifts – good health.

“Would you sell both your eyes for a billion dollars?” Dale Carnegie wondered, “What would you take for your two legs? Your hands? Your hearing? Your children? Your family?

Add up your assets, and you will find that you won’t sell what you have for all the gold ever amassed. But do we appreciate all this?

It was narrated that Ibn Al-Samak, a righteous religious scholar, was attending the counsel of Caliph Harun Al-Rashid who, having asked for water, said to him: “Advise me.”

With the cup raised to his mouth, Ibn Al-Samak asked him: “O Emir of the Believers, were this drink of water withheld from you, would you pay your kingdom for it?”

Having drunk it, Ibn Al-Samak asked him: “Were it held inside you and you could not void it (could not urinate), would you pay your kingdom to void it?”

Ibn Al-Samak said: “There is no goodness in a kingdom that is not worth drinking or voiding a gulp of water.”

Without attention, we have, and without effort, we get that which a king might sacrifice his kingdom for – drinking water and passing it out.

Do we remember such a bounty of God upon us?

Do we appreciate it?

Do we thank Him for it?

Getting used to being healthy makes us forget or belittle how good being healthy is; sometimes, it takes a crisis or loss of health to appreciate it. But no matter how little or slight it is in the sight of people, it remains complete in the Sight of God and will be wholly, with all its elements, accounted for before Him.

“By the One in Whose Hand is my soul, a person will come on the Day of Resurrection with good deeds which, if placed on a mountain, would weigh it down; then only one of Allah’s Blessings is to come forth (and take what it deserves from the servant’s good deeds) and almost exhausts them all, if not for the Mercy that Allah bestows.” (Al-Tabarani)

Hence, God says in the Quran:

{And if you would count (the numerous benefits of) a Blessing of Allah, never could you be able to count it. Truly, Allah is All-Forgiving, Most Merciful.} (Al-Nahl 16: 18)

All life is a gift for which God deserves thanking for endowing us with, soul and sensation, and a whole universe abundantly furnished with supplies and replete with signs pointing to the Creator:

{How can you disbelieve in God who gave you life when you initially had no life? Then He will cause you to die, then He will bring you (back) to life, and then to Him you will be returned.} (Al-Baqarah 2: 28)

Our senses are our tools for interacting with this universe, exploring it, and learning from it, and should, when flooded by its power, beauty, and immensity all around, shake with gratitude to He who honored us with life:

{And God has brought you forth from the wombs of your mothers knowing nothing, and given you hearing, sight, and hearts that you might give thanks (to Allah).} (An-Nahl 16: 78)

Whenever our sensibilities grow blunt, indifferent, or careless, or we no longer value the incessant flow of God’s blessings, a good contemplation, after freeing the mind from the dullness of familiarity and inattention, will help awaken the senses, renew the feelings, and open up our eyes to the heavens and earth all put in our service, which helps the mind better understand God’s Call:

{O mankind, worship your Lord, Who created you and those before you, that you may become pious. He Who has made for you the earth a bed (spread out), and the sky a canopy, and sent down water (rain) from the sky, and brought forth therewith fruits as a provision for you. So do not set up rivals (equals) to Allah while you know (that He has no partner, peer, or equal).} (Al-Baqarah 2: 21-2)