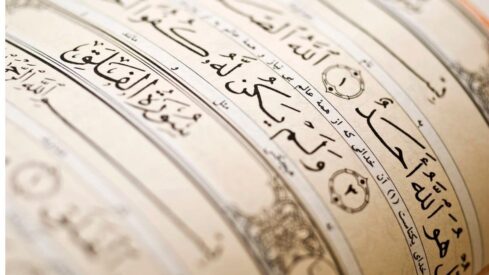 The Prophet (peace and blessings be upon him) suffered very much in his efforts to guide his people to their happiness in this world and in the hereafter. He met their opposition and resistance when he was calling to Islam in secrecy and later on when he proclaimed it in public. He still could not perform a proper prayer around the Sacred House while there were 360 idols around it and while any polytheist could come and circumambulate the Sacred House, bow and prostrate himself to his idol without having any trouble or interference.

At the time when men and women used to circumambulate the Sacred House naked, Abu Bakr was beaten when he recited verses from the Qur’an around it. `Utbah ibn Rabi`ah even slapped his face with his shoes. At that time, Sumayah bint Khiyat and her husband Yasir were beaten to death, while Ibn Mas`ud, Abu Dhar, Khubab, Fatimah bint Al-Khattab, and Zunayrah were beaten unconscious. An economic and social boycott was imposed on the Muslims, prohibiting anyone to sell them food or drink, to marry from them, or to visit them, to the point that they had to eat tree leaves. At the same time, the Quraish presented to the Prophet (peace and blessings be upon him) offers such as these:

1.    A very generous bribe that would make him the richest man in the whole peninsula

2.    Authority and kingdom so that he would be the first to be obeyed by his people

3.    Medical treatment of his disease if he was ill or psychologically disturbed

4.    An agreement that he would pray to their gods one day and in return they would pray to his God the other day, which would be against his faith

5.    A request that he set places for meeting with the slaves away from the meeting places of the rich, in a compromise based on racial discrimination, which would be against his moral values.

All this would be offered him if he left altogether what he was calling for, or if he left out whatever did not please his people, especially those who had authority and wealth.

The Prophet (peace and blessings be upon him) refused but to hold onto the truth and to continue his path. He was exposed to their mockery, insults, and beating despite his esteem and honor among his people. Consequently, he left to another place where he might find refuge and where his call to Islam might be accepted. He went to At-Ta’if, whose people were even more harmful to him than his own people. They neither treated him with the hospitality so famous of the Arabs, nor did they treat him properly as a messenger who had the right to inform them of the word of Allah while they had the right to accept or reject it. They refused to listen and they refused him the right to present his idea in a peaceful way. They set the children and the wicked adults to throw him out like a fugitive who owns nothing but his faith in his God and his determination to continue his call to Islam without giving up any part of it.

Going back to Makkah, his original town, the homeland of his family and his kin and the residence of his wife and children, he was not allowed to enter. He had to take refuge with Al-Mut`am ibn `Adi. Muhammad turned his face to the sky. He humbly, piously supplicated to God with the best supplication:

O Allah! to You I complain of my weakness, little resource, and lowliness before man. O Most Merciful! You are the Lord of the weak, and You are my Lord. To whom would You confide me? To one afar who will misuse me or to an enemy to whom You have given dominance over me? If You are not angry with me I do not care. Your favor of well-being on me is sufficient for me. I take refuge in the light of Your countenance by which the darkness is illuminated, and the things of this world and the next are rightly ordered, lest Your anger descend upon me or Your wrath not light upon me but come down on me. It is for You to be satisfied until You are well pleased. There is no power and no might except in You.

So Allah rewarded him as follows:

1.    A slave called `Addas responded to his call to Islam. It is known that to lead one person to the way of Allah is better than having all the treasures of this world.

2.    Allah sent to him a number of jinn who listened to his preaching and returned to their people to warn them.

3.    Six people from Yathrib responded to him and formed a group of pioneers for the call to Islam in Al-Madinah Al-Munawarah, thereby establishing the foundation for Islam in this land. These six were As`ad ibn Zurarah, `Awf ibn Al-Harith, Rafi` ibn Malik, Qutbah ibn `Aamir, `Uqbah ibn `Amir, and Jabir ibn `Abdullah. This happened at a time when all the tribes refused him, including Banu Kalb, Banu Hanifah, Banu `Amir ibn Sa`sa`ah, Fizarah,

4.    A number of the highly esteemed members of their tribes accepted his call. Among them were the poet Suwaid ibn As-Samit, Iyas ibn Mu`adh, Abu Dhar Al-Ghifari, At-Tufayl ibn `Amr Ad-Dawsy, the head of the tribe of Daws.

5.    The Night Journey (Israa‘) to Jerusalem and the Ascension (Mi`raj) to the Exalted Assembly. [Then he approached and came closer, and was at a distance of but two bow-lengths or even nearer.] (An-Najm 53: 8-9)