Fruits of the Prophet’s Ascension 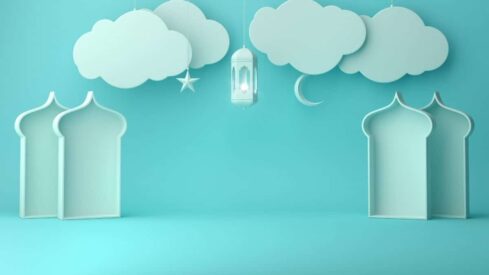 The Prophet was really depressed and dejected. His beloved wife Khadijah, a source of comfort and support, was dead. His uncle Abu Talib, his “second father”, a pillar of strength who defended him against the vicious attacks of his enemies, was also gone. His mission to Taif had been unsuccessful. He had tried to invite the people to Islam, but in hateful and humiliating retaliation, they had sent their children after him, throwing rocks on him until he bled. It was truly a Year of Grief. It was in this context that the Prophet Muhammad (peace and blessings be upon him) was taken up to the heavens in a miraculous and profound journey Muslims know as Al-Israa’ and Al-Mi`raj.

Out of numerous fruits of the Ascension or Al-Mi`raj which is like an elaborate tree of Paradise in meaning, we shall mention only five as examples.

The vision of the truths from which the pillars of faith originate and the seeing of angels, Paradise and the Hereafter and even the Majestic Being, became the cause of such a treasury and an eternal light and gift for the universe and mankind that it has freed the universe from being seen as a disordered heap of things doomed to destruction and showed that, in reality, it is the harmonious collection of the sacred ‘writings’ of the Eternally Besought-of-All and lovely mirrors where the Grace and Beauty of the Single One are reflected. It has pleased and rejoiced the universe and all conscious beings. Again, through that light and gift, it has freed man from the confused state of misguidance in which he was seen as a wretched, completely helpless and destitute being entangled in innumerable needs and hostilities and doomed to eternal annihilation, and showed that, in reality, he is of fairest composition and the best pattern of creation, one who, being a miracle of the Power of the Eternally Besought-of-All and a comprehensive copy of the collection of His ‘writings’, is addressed by the Sovereign of Eternity, and one who is His private servant to appreciate His perfections, His friend to behold His Beauty in amazement, and His beloved and an honorable guest of His designated for Paradise. It has implanted infinite joy and enthusiasm in those who are truly human.

The Ascension brought to men and jinn as a gift the essentials of Islam, including primarily the prescribed five daily prayers, which contain all the things pleasing to the Ruler of Eternity, Who is the Maker of creatures, the Owner of the universe, and the Lord of the Worlds. People must be so curious about perceiving those things pleasing to Him, and the perception of them brings so great happiness that it cannot be described. For everyone is desirous of knowing the wishes of a renowned benefactor or a benevolent king to the degree that he says: ‘I wish I had a means of communication and talked to him directly! I wish I knew what he asks of me! I wish I knew what things of me are pleasing to him!’ God has the possession of all creatures, and the grace, beauty and perfections shared by all creatures are but a dim shadow in relation to His Beauty, Grace and Perfection. You may understand to what degree mankind, who need Him in infinite respects and receive His boundless bounties every moment, should be curious about and desirous of perceiving His wishes and the things pleasing to Him.

It was as a fruit of the Ascension that having left seventy thousand veils behind, the Prophet Muhammad (peace and blessings be upon him) heard of the things pleasing to the King of Eternity directly from Him with absolute certainty and brought them to mankind as a gift.

Mankind are extremely curious to know facts about the moon and any other planet. They desire that someone will go there and tell them about it. They are ready to make great sacrifices for this end. But the moon travels in the domain of such a Master that it flies around the earth like a fly. The earth flies around the sun like a moth. As for the sun, it is only a lamp among thousands of other lamps and functions like a candle in a guest-house of the Majestic Master of Kingdom. Thus, such are the acts and qualities of the Majestic Being, and the wonders of His art and the treasuries of His Mercy in the eternal world, that the Prophet Muhammad (peace and blessings be upon him) saw during the Ascension and then told mankind about. You may understand how contrary to reason and wisdom it will be if mankind do not listen to that person with utmost curiosity and in perfect amazement and love.

It is indescribable how great happiness it aroused in the mortal, wretched men and jinn who had regarded themselves as condemned to eternal annihilation, that such a good tiding was given to them at a time when all creatures were giving out heart-rending cries at the thought of being in a flux amidst the convulsions of death and decay in an unstable world, going into the ocean of non-existence and eternal separation through the flow of time and the motion of particles. Consider how such a tiding delights a man if he is given a palace by the king in the vicinity of his residence just when he (the man) is about to be hanged. Add together the instances of joy and happiness to the number of all men and jinn, and understand the value of this good tiding.

As the Prophet Muhammad (peace and blessings be upon him) himself received the fruit of the vision Allah’s Beautiful ‘Countenance’, he brought it to men and jinn as a gift that every believer may be honored with the same vision. You can understand how delicious, fine, and beautiful that fruit is when you make a comparison like this:

Anyone with a heart loves a beautiful, perfect and benevolent one. This love increases in proportion to the extent of beauty, perfection and benevolence and mounts to the degree of adoration and self-sacrifice. It even increases to the degree that one may sacrifice whatever one has and one’s life for the sake of a single vision of the beloved one. Whereas, when compared to His, all the beauty, perfection and benevolence shared by the whole of the creation cannot even be like a few flashes of the sun in comparison to the sun itself. You may understand from this what a pleasant, beautiful, rejoicing and blissful fruit it is that one deserves in the abode of eternal happiness the sight of a Majestic One of perfection, Who is worthy of infinite love, the sight of Whom deserves to inspire an infinite eagerness.

It was understood through the Ascension that man is a valuable fruit of the universe and a darling beloved of the Maker of the universe. This understanding is one of the fruits of the Ascension, through which man, who is outwardly an insignificant creature, a weak animal and an impotent conscious being, has risen to a position so high that it is the cause of pride for man above all other creatures. The joy and happiness it must give to man is indescribable. For if you tell an ordinary private that he has been promoted to the rank of field-marshal, he will feel infinite joy. While being a mortal, helpless, reasoning and articulating animal that had been continually receiving the blows of decay and separation, man was told unexpectedly through the Ascension: “In the inner and external dimensions of Allah’s dominion and in an everlasting Paradise, enveloped by the Mercy of an All-Merciful, All-Compassionate and All-Magnificent One, you may succeed in realizing all the desires of your heart and in recreation, in traveling, to and fro with the speed of imagination and in the broad sphere of the spirit and the mind. You may also succeed in seeing His Most Beautiful ‘Countenance’ in the abode of eternal happiness.”

You may imagine what great joy and happiness one who is truly human will feel in his heart on hearing this. Now, turning to the one in the position of listener, we say: Tear apart the shirt of atheism and put on the ears of a believer and the eyes of a Muslim. By means of comparisons, we will show you the degree of the value of one or two of those fruits.

Here is the comparison: Suppose we are in a place like a big desert. Caught by a sand storm in the midst of night, we cannot see even our hands. While in this wretched state (hungry, thirsty, hopeless and without protection) if someone appears unexpectedly with a car, and picking us up, takes us to a Paradise-like place where an extremely merciful lord welcomes us and takes us under his protection, where our future has been secured, and a banquet has been prepared for us, you may guess how we will rejoice and feel happy. So, the desert is the world, and the sands stand for helpless men and other creatures tossing about in the violent disturbances of time and events.

Every human being is anxious about his future, at which he looks with the view of misguidance, and sees it in a thick darkness. There is no one he knows to hear his cries. He is extremely hungry and thirsty. But thanks to God’s wishes and the things pleasing to Him, which we come to know as a fruit of the Ascension, the world is the guest-house of an extremely Generous One with men in it being his guests and officers; when, in such a guest-house, the future appears to you as beautiful as Paradise, as lovely as mercy and as brilliant as eternal happiness, you may understand how lovely, pleasant and beautiful that .fruit is