Al-Israa’ and Al-Mi`raj: Key to Leadership and Honor 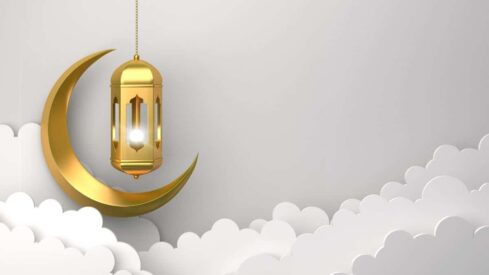 In these days, we witness the memory of Al-Israa’ and Al-Mi`raj, the Night Journey in which the Prophet (peace and blessings be upon him) traveled from Makkah to Al-Aqsa Mosque and then ascended in Al-Mi`raj to the Heavens. It is an event we recall every year and in whose shade we sit to talk about our Prophet’s miraculous journey to Al-Aqsa Mosque on that night. Then we remember proudly the Prophet’s leading other prophets in Prayer, his ascent to the Heavens, and the lessons and events of that blessed journey.

Away from the details and events of Al-Israa’ and Al-Mi`raj, my feelings stop at two languages that are more spacious and comprehensive in their wordings and indications than the journey itself. In fact, these two languages comprise the laws of the universe, draw the courses of this world and all existence, and provide us with a continual source of examples and lessons. These two languages are the languages of leadership and honor that the Prophet (peace and blessings be upon him) gained in that journey: the leadership he gained in Al-Israa’ and the honor he received in Al-Mi`raj.

This leadership appeared when the Prophet (peace and blessings be upon him) led all prophets (peace and blessings be upon them all) in Prayer. Through this situation, the Muslim Ummah is connected with all its previous ancestors from among prophets, saints, and martyrs, and thus it is the nation of leadership, guidance, and responsibility. This is, in fact, what Allah Almighty wants our nation to be, as He states: [And there may spring from you a nation who invite to goodness, and enjoin right conduct and forbid indecency. Such are they who are successful] (Aal `Imran 3: 104). and [And of those whom We created there is a nation who guide with the Truth and establish justice therewith] (Al-A`raf 7: 181). That is why our religion is called “Islam,” which indicates one’s submission to the Creator. It further implies holding the responsibility a Muslim is entrusted with and the transmission of the message he is to undertake, with which he is assumed to lead and guide humanity. This language of leadership covers the Muslim’s inner feeling of tranquility and at the same time his consideration of responsibility toward people around him.

As for the language of honor, it is clearly perceived in the Prophet’s ascent to the Heavens (Al-Mi`raj), where he reached a place none other could reach. The prophets and the angels stopped while he (peace and blessings be upon him) continued until he stood before His Lord the Almighty. In this situation, he gained great honor and dignity, which he conferred on his nation. By this honor, the Muslim nation becomes indeed the “nation of witness” as stated in the noble verse, “Thus We have appointed you a middle nation, that ye may be witnesses against mankind, and that the messenger may be a witness against you” (Al-Baqarah: 143) and the “best nation” as Allah Almighty says, [Ye are the best community that hath been raised up for mankind. Ye enjoin right conduct and forbid indecency; and ye believe in Allah] (Aal `Imran 3:110).

Such honor involves some conditions and duties; so none shall attain it except after fulfilling its right, which is really great and precious. This honor leads one to meet Allah, the Possessor of Sovereignty, the Owner of Majesty and Honor, and how great that meeting is! Whoever seriously intends to acquire this status should pass days and nights awake in obedience to Allah, commit himself to Allah, forsake his own needs, and realize that his true role in this life is illustrated in the verse, [Say: Lo! my worship and, my sacrifice and my living and my dying are for Allah, Lord of the Worlds](Al-An`am 6:162). Thus, the honor of leadership bestowed through the meeting with Allah Almighty in Heaven entails the observance of many duties on earth.

In the journey of Al-Israa’ and Al-Mi`raj, which indicates leadership and honor, we should take into consideration the crossing point and the dimension of this journey. The crossing point in this journey was Al-Aqsa Mosque, which witnessed the journey of leadership and from where the journey of honor started. This is a manifest indication of its status in our religion and its importance to every Muslim. In other words, we Muslims can never achieve leadership without having Al-Aqsa Mosque under our possession, nor can we gain honor as long as we cannot reach it. Had Muslims perceived this lesson, our dearest mosque, Al-Aqsa, would not have been in this state, waiting in pain; Muslims would not have experienced such pain along with it; no single Muslim would have suffered any helplessness or weakness. If Muslims had really learned this lesson, our wills would not have diminished. The connection between Al-Aqsa Mosque and us is much stronger than the connection with a mere mosque or any other place. Al-Aqsa Mosque is the symbol of our existence, the proof of our leadership, and the place of our honor. Our longing for it is not a mere longing for a place of which we were deprived, but rather a lover’s thirst for something without which he believes completely that he would be of no real existence. In a word, we need Al-Aqsa Mosque much more than it needs us, but we really cannot comprehend this fact.

We also should think about the dimension of the journey of Al- Israa’ and Al-Mi`raj, which teaches us that the Muslim stretches his existence and goodness to all humankind. A Muslim is related at one time with the Sacred Mosque in Makkah and whoever directs himself toward it, with all the previous divine messages through Al-Aqsa Mosque, with all the prophets and their followers, and with the dwellers of the Heavens through Al-Mi`raj. In addition, a Muslim is also related to his Creator, the Almighty, from Whom he seeks belief and tranquility inside, and help and support outside, in order to revive his efforts and start his struggle as if from the beginning. Moreover, a Muslim has been entrusted with many duties and responsibilities toward humankind in the journey of Al-Israa’ and Al-Mi`raj, and he feels that he will not be a true Muslim except after fulfilling these duties and responsibilities.

This is what we have learned from the journey of Al-Israa’ and Al-Mi`raj, whose events we recall and reflect on, bearing the belief that it was the key to leadership, honor, and guidance for all humanity. Our feelings impel us to think of this journey: the persons involved in it, the places that witnessed its events, and the details that cover us with pride for being Muslims. However, we feel deep grief when we remember the places that witnessed these events, for we will neither have leadership nor gain honor except when we regain our “key” and our “crossing point,” and when the blessed Al-Aqsa Mosque stops suffering and complaining.

This is the memory of Al-Israa’ and Al-Mi`raj: We remember it proudly, but it will remain incomplete, sad, and tearful until we undertake our role and duty toward our Lord, our mosque, and the entire world. 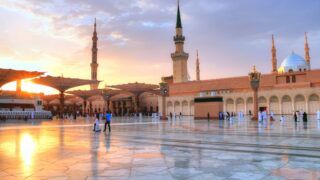