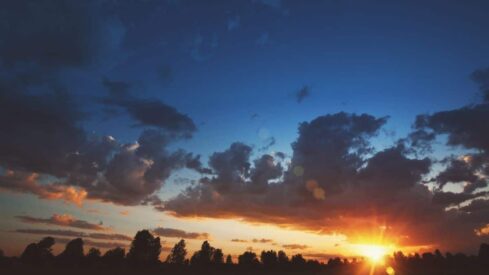 The event of Al-Israa’ and Al-Mi`raj is recorded in the Qur’an and Hadith. It is the miraculous Night Journey of Prophet Muhammad (peace and blessings be upon him) which consists of two phases. Phase one covers his trip from Makkah to Jerusalem, known as Al-Israa’, and phase two covers his ascent from Jerusalem into the Heavens, known as Al-Mi`raj. It is the opinion of some historians that the Prophet went on this remarkable journey on the night of Rajab 27 (in the seventh month of the Islamic calendar).

Some authors refer to the year in which this event is recorded as the Year of Grief. It was the year in which Muhammad (peace and blessings be upon him) lost his beloved wife Khadijah (may Allah be pleased with her) and his dear uncle, Abu Talib, who had nurtured him as a child and protected him when he was proclaimed a prophet of Allah. During this same year, he went to the city of Ta’if to invite the people to Islam, but he was stoned and driven out of the city by the street urchins. The Prophet is reported to have said that the day in Ta’if was the most difficult day of his life.

Due to these three events, Muhammad (peace and blessings be upon him) was very sad, but Allah Almighty had a superb plan to relieve His Chosen Messenger from distress, as is embodied in the following Qur’anic verse: [Glorified be He Who carried His servant by night from the Inviolable Place of Worship to the Far Distant Place of Worship the neighborhood whereof We have blessed, that We might show him of Our tokens! Lo! He, only He, is the Nearer, the Seer] (Al-Israa’ 17:1).

The above verse refers to Al-Israa’, the journey from Makkah to Jerusalem.

The Prophet was in Makkah and the Angel Jibreel (Gabriel) descended through the roof, opened his chest, washed it with Zamzam water, filled it with wisdom and faith, and then closed it. He was then taken by Jibreel to the nearest heaven, where Jibreel was asked by the gatekeeper, “Jibreel, is there anyone with you?”

He answered that Muhammad (peace and blessings be upon him) was with him. Again he asked, “Has he been called?” And Jibreel answered in the affirmative. The gate was then opened and they entered the nearest heaven, where they saw a man sitting with a large number of people on his right and also on his left. When he looked on his right he laughed, and when he looked at his left he wept. Then he said, “Welcome! O pious prophet and pious son.” The Prophet inquired from Jibreel who the man was and Jibreel informed him that he was Adam and the people around him were his offspring. Those on his right were the people of Paradise and on his left, the people of Hell.

They then traveled to the second heaven. Here Jibreel was asked the same questions as before and he gave the same response, and so the gate was opened.

Ibn `Abbas (may Allah be pleased with him) and Abu Habba Al-Ansari (may Allah be pleased with him) reported that the Prophet (peace and blessings be upon him) also said that Jibreel ascended with him to a place where he heard the creaking of pens. Allah prescribed fifty Prayers on His followers. When the Prophet returned with this order from Allah, he passed by Musa, who inquired, “What has Allah enjoined on your followers?” He replied, “He has enjoined fifty Prayers on them.” Musa advised him to go back and appeal for a reduction because his followers would not be able to bear it. So he went back to Allah (a few times) and appealed for a reduction until it was reduced to five per day, and Allah said, “These are five Prayers and they are all equal to fifty in reward, for My Word does not change.” Muhammad returned to Musa, who advised him to seek a further reduction, but he said he felt shy to ask again.

After this, he was taken by Jibreel to Sidrat Al-Muntaha or the Lote Tree of the Utmost Boundary, which was shrouded in colors that are indescribable. He was then admitted into Paradise, where he saw that its walls were made of pearls and its earth was made of musk.

As we contemplate the occurrences of this remarkable night, we can say that Allah had a very good reason for Muhammad (peace and blessings be upon him) to be transported from Makkah to Jerusalem and then to the Seven Heavens.

Jerusalem was the qiblah or the direction towards which Muhammad (peace and blessings be upon him) turned in Prayer, and up to that time was the seat of learning for all previously revealed scriptures.

This unique incident also demonstrates Allah’s infinite mercy to the believers. His benevolent gift of Prayer gives the believers the privilege of acquiring countless blessings and also forgiveness for their indiscretions.