Reflections on Al-Israa’ and Al-Mi`raj (2)

A Gathering in Heavens 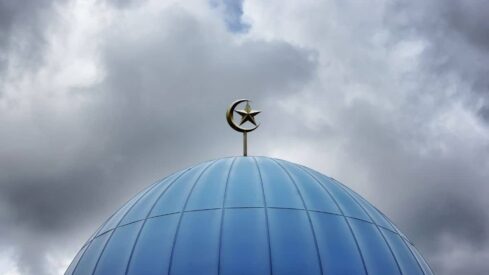 In this part, we look at the wisdom of Prophet Muhammad’s meeting with other Prophets during the journey of ascension. In doing so, we will try to extract some lessons and values that can guide through this life. We will start where we left off in the first part.

Anas ibn Malik’s narration of the story of ascension continues. Prophet Muhammad (peace and blessings be upon him) said,

“I prayed two rak`ahs in it [i.e. Al-Aqsa Mosque] and then went out, and Jibreel brought me a vessel of wine and a vessel of milk. I chose the milk, and Jibreel said, ‘You have chosen the natural thing.'” (Muslim)

The Prophet’s choice emphasizes that fitrah or pure nature of what Allah has created is one foundation for the Muslim Ummah. One must search for this pure nature within oneself.

[Glory be to Him Who took His servant for a Journey by night from the Sacred Mosque to the Farthest Mosque, whose precincts We did bless, in order that We might show him some of Our signs; surely, He, only He, is the Hearer, the Seer [of all things]. We gave Musa (Moses) the Book and made it a guidance to the Children of Israel, commanding, “Take no guardian beside Me.” [They were] the offspring of those whom We bore with Nuh (Noah); surely he was a grateful servant.] (Al-Israa‘ 17:1–3)

Also, it is worth mentioning that Prophet Muhammad passed by three important sites during his Night Journey: Mount At-Tur in Sinai, which witnessed a number of events mentioned in the story of Prophet Musa (Moses) and the Children of Israel; the city of Bethlehem where Prophet Jesus was born; and the road between modern-day Palestine and Makkah, which was trod by Prophets Ibrahim (Abraham) and Isma`il (Ishmael) in their way to the place where they built the Ka`bah.

Prophet Muhammad started his journey of ascension from Al-Mi`raj Rock. In company with Angel Jibreel, he reached the seventh heaven within seconds. Today, a spacecraft traveling at a speed of 7,000 KPH takes three years to reach the nearest planet.

In a hadith narrated by Al-Bukhari, Prophet Muhammad said,

“Then he [Jibreel] took my hand and ascended with me to the nearest heaven. When I reached the nearest heaven, Jibreel said to the gatekeeper of the heaven, ‘Open [the gate].’ The gatekeeper asked, ‘Who is it?’ Jibreel answered, ‘Jibreel.’ He asked, ‘Is there anyone with you?’ Jibreel replied, ‘Yes, Muhammad is with me.’ He asked, ‘Has he been sent for?’ Jibreel said, ‘Yes.’ So, the gate was opened and we went over to the nearest heaven, and there we saw a man sitting with some people on his right and some on his left. When he looked toward his right, he laughed, and when he looked toward his left, he wept. Then he said, ‘Welcome! O pious Prophet and pious son.’ I asked Jibreel, ‘Who is he?’ He replied, ‘He is Adam, and the people on his right and left are the souls of his offspring. Those on his right are the people of Paradise, and those on his left are the people of Hellfire; when he looks toward his right, he laughs, and when he looks toward his left, he weeps.'”

Prophet Adam (peace be upon him) is the father of humanity. This confirms the idea of unity of humans everywhere. Anyone can easily notice the recurrent emphasis on this notion throughout the journey of Al-Israa’ and Al-Mi`raj.

Now, why is Prophet Adam laughing and crying? He is happy with those who learned from his experience and, at the same time, sad for those who did not. As we already know, his experience with Satan resembles a mathematical problem that has a model answer; it is something that one has to learn to resolve similar problems. Although other problems may appear different, the idea is the same: Keep away from the whispers of Satan.

“Then, we ascended to the second heaven. Jibreel (peace be upon him) demanded that the gate of heaven be opened, and he was asked who he was. He answered, ‘Jibreel.’ Again, he was asked, ‘Who is with you?’ He replied, ‘Muhammad.’ It was said, ‘Has he been sent for?’ He replied, ‘He has indeed been sent for.’ The gate was opened.”

“When I entered, Jesus, son of Mary, and John, son of Zachariah (peace be upon them) — cousins from the maternal side, each is the son of the other’s aunt — welcomed me and prayed for my well-being.”

Yusuf (Joseph) (peace be upon him), who had been given half of [world’s] beauty. He welcomed me and prayed for my well-being. Then, he ascended with us to the fourth heaven.”

“Then, I was taken up to the seventh heaven. Jibreel demanded that the gate be opened. It was said, ‘Who is it?’ He said, ‘Jibreel.’ It was said, ‘Who is with you?’ He replied, ‘Muhammad.’ It was said, ‘Has he been sent for?’ He replied, ‘He has indeed been sent for.’ The gate was opened for us, and there I found Abraham (peace be upon him) reclining on Al-Bayt-ul-Ma`mur [Arabic for the much-frequented fane], and there enter it 70,000 angels everyday; they never visit [this place) again.” (Al-Bukhari)

But, where are the rest of the Prophets? Why didn’t Prophet Muhammad meet Prophet Nuh (Noah)? The fact is that the presence of those particular Prophets in the seven heavens is symbolic.

Some other prophets were subjected to persecution, while others were even subjected to murder or attempts of murder by their people. It was as if Almighty Allah had selected a number of Prophets whose lives foreshadowed future events in the life of Prophet Muhammad.

Al-Bayt-ul-Ma`mur is a place in the seventh heaven. It is located exactly above the Ka`bah and is identical to it. We perform Tawaf (circumambulation of the Ka`bah) on earth, and right above us, the angels perform Tawaf around Al-Bayt-ul-Ma`mur. Above both of these is Allah’s throne. Those who visit Makkah for Hajj or `Umrah feel this. The Ka`bah is the holiest place on earth and a point directly connected to the holiest of places ever.

But, why is Prophet Abraham reclining on the wall of Al-Bayt-ul-Ma`mur? This is because he and his son, Isma`il (Ishmael), built the Ka`bah. The rule is that one reaps the fruits of his or her labors. He is leaning on it because he labored enough in his life, and now he can rest in the hereafter.

We should labor in this life so that Almighty Allah would allow us to rest on the Day of Judgment. That is life: We want to rest, but there is no comfort in it. Imam Ahmad ibn Hanbal was once asked, “When does a person get to relax?” He replied, “It is the moment when he [or she] sets his [or her] foot in Paradise.” There is no repose before that.

We should not let comfort be our purpose in life. We live this life to farm, learn, reform our societies, reproduce, worship Allah, help people, and take initiatives. Almighty Allah says,

“The heavens resound yearningly — worthy it is to sound yearningly and proudly — as no place in them is without an angel prostrate in adoration and worship before Almighty Allah.” (Authenticated by Al-Albani)

However, Allah does not need our worship. We are the ones who need to worship Him to save ourselves from Hellfire. We need to kneel and prostrate ourselves before Him. The angels are many. Prophet Muhammad saw scores of them as he ascended through heavens. They are true worshippers who perform Prayer thoroughly. Now, can you see the kingdom of Allah? Do you understand what the Omnipotent, Almighty, Owner of the Kingdom, and Possessor of Majesty and Bounty mean?

The journey of Al-Israa’ and Al-Mi`raj was a bounty and honor bestowed on Prophet Muhammad by Almighty Allah. It relieved his grief over the incident of At-Ta’if and the persecution of Quraish. Truly, Allah is Most Great and his kingdom is boundless.