Israa’ and Mi`raj A Miraculous Journey 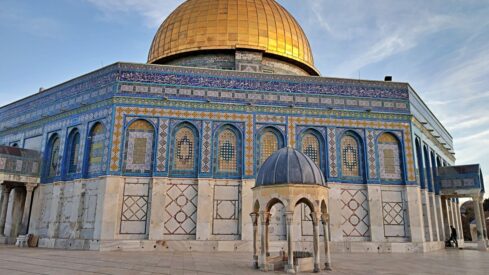 (Glorified be He Who carried His servant by night from the Inviolable Place of Worship to the Far Distant Place of Worship the neighborhood whereof We have blessed, that We might show him of Our tokens! Lo! He, only He, is the Nearer, the Seer.) (Al-Israa’ 17:1)

On 27 Rajab Muslims remember Israa’ and Mi‘raj, the miraculous Night Journey and Ascension of the Prophet Muhammad (peace and blessings be upon him). The exact date of the event is uncertain, but the majority of scholars place it at 12 to 16 months before the Hijrah, the Prophet’s migration to Madinah.

One night Prophet Muhammad (peace and blessings be upon him) was sleeping near the Ka`bah in Makkah, when the Angel Jibreel (Gabriel) came to him, woke him up and, taking him by the arm, led him to Al-Buraq, a beast resembling a horse with two huge wings springing from its back. From Makkah, Al-Buraq took off toward Jerusalem. There, the Prophet was met by all the other prophets. He (peace and blessings be upon him) dismounted, tethered Al-Buraq to a ring in the gate of Jerusalem, and led them in Prayers.

Two vessels were then brought to him, one containing milk, the other wine. Muhammad (peace and blessings be upon him) drank the milk. Jibreel said, “O Muhammad, you enjoy what is pure. Surely you will guide your people to the right path.” This journey demonstrates God’s might and ability to make possible the impossible. The concepts of time and space as we understand them do not apply, and what applies cannot be perceived by our limited faculties.

The Prophet (peace and blessings be upon him) continued his descent till he arrived back in Makkah. When he told the people what had happened to him, Muslims who were weak in faith doubted the Prophet’s report. Yet when his friend and long supporter Abu Bakr was asked to take a stand on the issue, he replied, “If Muhammad said it happened, then it must have happened. I believed him when he first talked about his divine revelation, why should I doubt him now?” Thus on this occasion he earned the title of As-Siddiq (the Veracious).

(…and We appointed the vision which We showed thee as an ordeal for mankind…) (Israa’ 17:60)

This miracle was the first serious trial for the Companions’ faith when they were confronted with an issue that cannot be measured empirically. For the Prophet (peace and blessings be upon him), after seeing Allah’s signs, his faith was established on certainty.

The trip from Makkah to Jerusalem was not chosen haphazardly. This area is known as the cradle of all religions and Muhammad’s message encompasses all the preceding ones.

This miraculous journey establishes several facts. First, the status of the Prophet Muhammad (peace and blessings be upon him), as he was chosen to lead all the prophets in prayer, and to go where no one else, not even Jibreel, was allowed.

The journey also establishes the sanctity of Jerusalem, because it is the point where the earth and sky meet and from there the Prophet (peace and blessings be upon him) ascended to heaven. Therefore, the whole of Jerusalem and not only the mosque is considered in the eyes of Muslims a sacred place to behold and cherish after Makkah and Madinah.

As in the time of the Prophet (peace and blessings be upon him), Muslims now are facing all sorts of trials and their faith is being constantly tested. Brothers and sisters, on this blessed occasion let us recall that our faith is the only real thing; it is our life-saver in this sea of turmoil surrounding us. I am convinced that we are invincible as long as our belief in Allah and in the Message of His Prophet (peace and blessings be upon him) is intact. 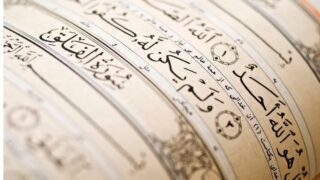 The Prophet (Pbuh) suffered very much in his efforts to guide his people to their happiness in this world and in the hereafter. 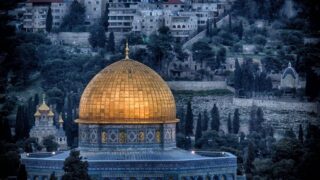 Al-Aqsa Mosque & the Dome of Rock

Al-Aqsa Mosque was the first of the two qiblahs, and is one of the three mosques to which people may travel for the purpose of worship